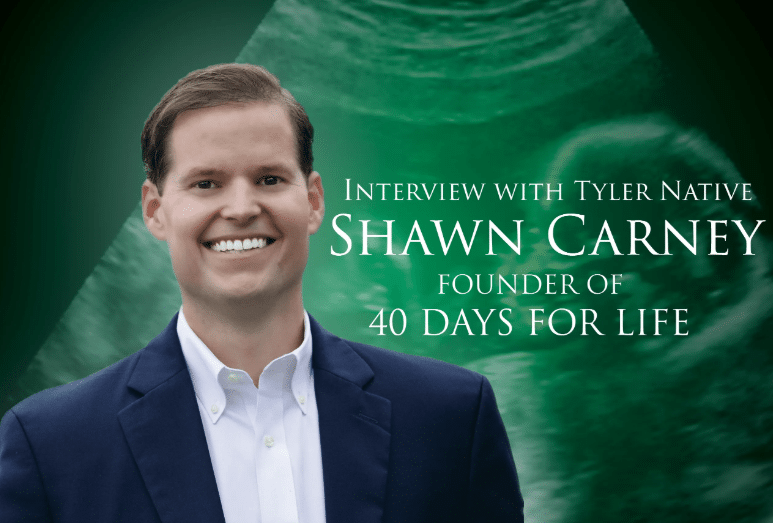 In July 2004, Shawn Carney sat at a table with three others and prayed for an end to abortion in their town, Bryan-College Station, Texas. The result, however, impacted much more than their local community. Shawn Carney founded the 40 Days for Life prayer campaign, which has changed the whole world.

The group planned a one-time, 40-day prayer vigil outside their local Planned Parenthood for fall of that year, but the idea spread. In time, communities from around the nation and the world organized their own 40 Days for Life prayer campaigns. Since 2004, twenty-two total prayer campaigns have occured in 816 cities from fifty-six countries. That adds up to a total of 6,020 individual prayer vigils involving about 750,000 individuals who prayed peacefully outside local abortion facilities- all intent on ending abortion.

Where 40 Days for Life prayer vigils have taken place 12,256 unborn babies’ lives have been saved, 186 abortion workers have left their jobs, and 99 abortion facilities (and many more abortion referral centers) have closed their doors. The program asks communities to commit to prayer, fasting, and community outreach in an ecumenical effort to end abortion. The results speak for themselves.

For the first time ever, a 40 Days for Life prayer campaign was in Shawn Carney’s hometown, Tyler, Texas. The Catholic East Texas had the opportunity to interview Shawn.

When asked what gets him out of bed each morning to continue the pro-life effort even after fifteen years, Shawn said that it is because of the value of human life. “I think it’s the sense of urgency that comes with every abortion. Every single abortion ends an innocent human being. And no matter how long I have done this, I have never felt burnt out from the root of what we are fighting for. If I didn’t do this work, this thought would consume me.”

Shawn, who is a father of seven, recounts an unforgettable story he experienced last year in Tyler when he was there to give a talk for CARE Ministries (Christ-Centered Abortion Recovery & Education). He met a mother who had driven to the Bryan Planned Parenthood in the fall of 2004, during the first-ever 40 Days for Life prayer vigil that Shawn and his friends had organized. The mother told Shawn that on that day after seeing the people praying, she turned around and decided not to abort her child. The mother had never contacted any 40 Days for Life staff members; in fact, she had never told anyone what she had almost done. Then she said to Shawn, “But now I want you to meet my teenage son!” There, right in front of him, was a life that had been saved because of a commitment to prayer.

Shawn says it was a beautiful and unexpected moment. “That really reminds us that, yes, we are fighting for unborn babies, but when we do that we are fighting for toddlers, and kindergarteners, and teenagers, and future moms and dads and grandparents. There is nothing more at stake than there is with an abortion, because there is nothing more sacred than a human life.”

Shawn attended Catholic schools in Tyler from Kindergarten at St. Gregory Cathedral School through high school at Bishop Thomas K. Gorman Catholic high school in Tyler. He says his interest in the pro-life movement was piqued by the Irish priests at the school who so joyfully defended the sanctity of the human person. Shawn says these priests had such a profound influence on him that he once had plans to become a priest himself, and he attributes his work and who he has become largely to his Catholic education.

Although he considers himself to have been a “terrible” student at Gorman, Shawn thinks that parents take a huge risk by not giving their kids a Catholic education; parents want their kids to have the best possible education. “The way to do that,” he says, “is to give them the fullness of the faith, and to, yes, prepare their minds, but also prepare their souls for what is a very hostile culture we are sending them out into.”

He acknowledges that the family is under attack and that the Church is the ultimate guardian of the family. “Our Lord came into the world through a family, and now if has been beaten to death the last 50 years,” he said. Shawn calls on Catholics living in 2019 “to restore and to defend the beauty and the joy that is the family because without the family our country doesn’t have a future.” Fundamentally, abortion destroys the family.

Carney attended Texas A&M University after Gorman and met his future wife, Marilisa. She convinced him to pray outside their local Planned Parenthood for the first time while they were in college. Being on the front lines of the spiritual battle had a tremendous impact on Shawn. “I remember my heart being broken in a whole new way, because I saw my peers, 18-19-year-old couples going in and having an abortion. At that point, I felt deeply grateful for my Catholic education and formation.” In a culture where abortion is legal and avaliable, young people can be easily led into evil. Shawn recalls the way his peers looked that day. “The relief that they thought would be there was absolutely nowhere to be found. It was written all over their faces. It really convicted me as a young man to just do more in the pro-life movement.”

Shawn Carney would go on to eventually lead the Coalition for Life in Bryan/College Station, which became the 40 Days for Life organization. When asked why 40 Days for Life has been successful all these years, Shawn says, “It has given people the ability to defend life where they live.” 40 Days for Life is an invitation to confront abortion prayerfully, peacefully, and legally. The presence of confident pro-life advocates gives hurt and lost souls a chance to turn around, including those who work in the abortion industry.”

Shawn says that Tyler is perfect for a 40 Days for Life campaign. There are plenty of people here who want to do something about abortion in our nation and state. There are no abortion facilities in Tyler, but Planned Parenthood plans to expand its business. Shawn has heard that Tyler is specifically being targeted by Planned Parenthood to add a surgical abortion center in this city because of the growth of the University of Texas at Tyler and Tyler Junior College. Shawn expressed his gratitude for the people of Tyler- and especially for Bishop Joseph Strickland- for committing to the 40 Days for Life campaign. “It is going to have a tremendous, tremendous impact,” he says.

For those nervous to join the prayer vigil outside Planned Parenthood, Shawn has some advice. “I was terrified to go out to pray outside a Planned Parenthood my first time. I think everyone is- that just makes you normal! We have to overcome this with prayer and conviction.”

He reminds us that a vigil is not a protest. It’s peaceful, it’s law-abiding. Without people present to pray, an abortion facility has no peace and no obedience to God’s laws. Shawn knows from experience. “It’s tremendous to see what God does with the smallest of our efforts.” 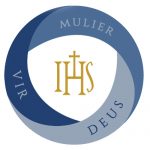